The smaller the Mediterranean islands, the more vulnerable their biodiversity for climate change 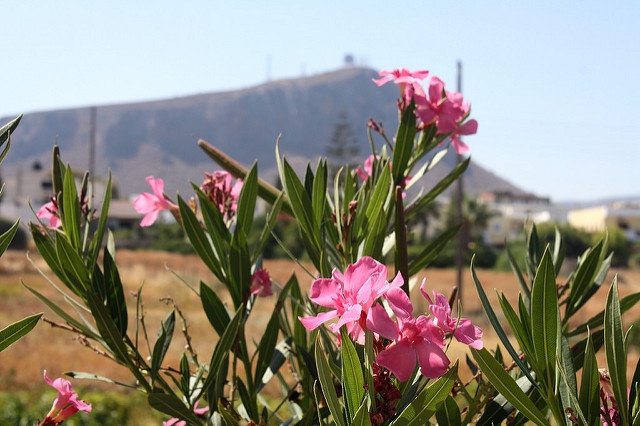 Islands in the Mediterranean Sea

With about 10,000 islands and islets (ca. 250 regularly inhabited by humans), the Mediterranean Sea represents one of the regions of the world with the most islands and archipelagos. Its islands contain a significant component of Mediterranean biodiversity, notably a number of range-restricted species and peculiar vegetation types. There are a total of 157 large islands exceeding 10 km2 in size, of which 86 (55%) are located in Greece. Most islands belong to the Greek archipelago with ca. 7600 islands and islets in the Aegean Sea, more than 90% of which cover less than 10 km2, and ca. 300 islands and islets in the Ionian Sea. Croatia is the second country in terms of the number (1246) of islands.

The Mediterranean basin is considered to be one of the regions that will face the largest changes in climate worldwide. The expected temperature increase of 3-5 °C in the Mediterranean this century will strongly increase potential evapotranspiration while annual rainfall will decrease. The expected shifts in vegetation belts resulting from increased aridity and a 3 °C increase in temperature will be an upward shift of ca. 545 m and a 50-80 km northwards shift in latitude. These impacts will be exacerbated on islands where no (or insufficient) areas are available for such shifts. The flora and vegetation of the alpine areas and the spatially restricted summit areas of mountain ranges will probably be the most threatened.

An ‘ecological insurance’ for plant species

So far, there is little evidence for direct depletion or extinction of populations due to climate change on these islands, however. Species appear to be able to cope with drastic climate change thanks to differences in small-scale habitats. The high habitat heterogeneity of Mediterranean-type ecosystems may thus represent an ‘ecological insurance’ for the future persistence of plant species at local scale, allowing species to migrate locally in more favourable ecological niches. Nevertheless, at the scale of small islands, this may not be sufficient to ensure the survival of highly specialized plants.