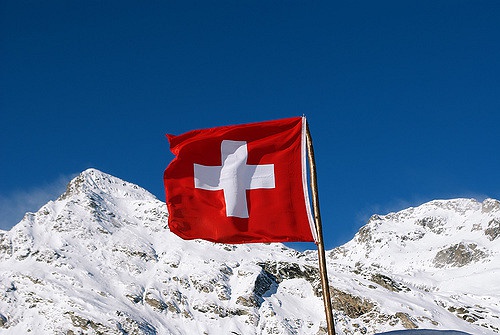 In the European Alps a rapid temperature increase was observed since the 1980s, particularly in spring. As a result snow cover duration in the European Alps has reduced. This reduction can be due to accelerated snowmelt in spring and/or reduced snowfalls during the winter season. The latter could be the consequence of a decrease in the snow/rain ratio, as observed in the Swiss Alps in winter, late autumn and spring.

Snowpack characteristics have been analysed for the Swiss Alps over the period 1970-2015 at eleven meteorological stations, spanning elevations from 1139 to 2540 metres. Overall, the results demonstrate a marked decline in all snowpack parameters, irrespective of elevation and region, and whether for drier or wetter locations, with a pronounced shift of the snowmelt in spring, in connection with reinforced warming during this season.

The duration of a continuous period of snow cover varies with elevation from 108 to 260 days. Since 1970, snow cover duration has significantly shortened at all sites, on average by 8.9 days per decade. This shortening was largely driven by earlier snowmelt (on average 5.8 days per decade). On average, the snow season now starts 12 days later and ends 26 days earlier than in 1970. This corresponds to a shortening of 2.6 to 7.5 % per decade.

Mean maximum snow depth varied from 65 to 353 cm over the study period. Overall, the annual maximum snow depth has declined since 1970 by 3.9 to 10.6 % per decade. Warmer temperatures and later snow onset in autumn contribute significantly to the reduction of the maximum snow amounts that can then be reached during the winter.

The impact of warmer spring

The observed snowpack reduction is most likely related to the general increase in temperatures observed at all elevations in the Swiss Alps, especially during spring. The differences in observed changes in snow onset and snowmelt dates are coherent with the differences in seasonal temperature trends in the Swiss Alps, showing a stronger increase in spring (+0.84°C per decade) than in autumn (+0.21°C per decade) since the 1970s. The impact of global warming on snowpack may have been additionally enhanced by an increasing trend in sunshine duration, observed at both low and high elevations in the European Alps from 1975 to 2000. Snow cover in the European Alps will probably decrease further this century.

Natural snow cover duration and maximum snow depth are crucial for winter tourism. If snowpack continues to decline, artificial snow may progressively become critical for winter sports, particularly at the beginning and at the end of the ski season. Model results show that snow reliability for winter tourism will become critical at elevations up to 1800 m and 2000 m by mid and end of the century, respectively. This could result into millions of overnight stays lost during the winter seasons.

Consequences for plants and animals, and water resources

It’s not just the tourists and ski resorts that feel the consequences of less snow due to global warming. Water resources in mountainous areas are tightly connected to the snow cover cycle. Alpine basins having a strong influence on major distant downstream catchments crossing several countries. The Swiss Alps are the source of three major drainage basins, the Rhine, Danube and Rhone rivers. Earlier snowmelt and reduced snow accumulation during winter, as a consequence of global warming, can have a commensurable impact on plant and animals of alpine ecosystems, runoff regimes, soil moisture, and water availability in the drainage basins.