Lower wind speed and waves along the Irish coast this century 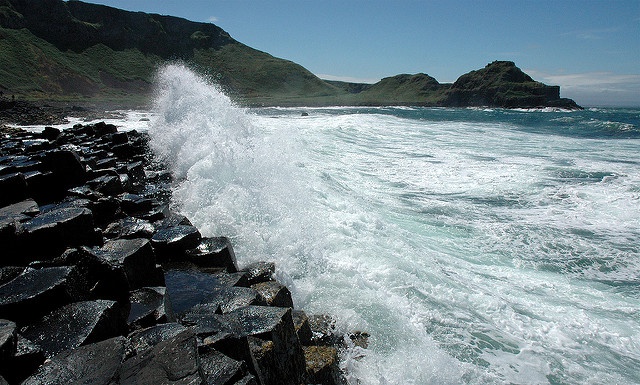 Over 50% of the Irish population lives within 15 km of the coastline. The people of Ireland depend on the sea for recreation, sporting activities, tourism, fisheries and many other marine activities and industries, including renewable energy potential. It is important, therefore, to quantify Ireland’s future wave climate changes. These changes result from changes in wind climate.

It is highly uncertain how winter storm tracks over the North Atlantic Ocean may change under climate change this century. Following the general consensus in the literature to date, the average wind changes over the North Atlantic by the end of the century are small and negative and less than the high natural interannual variability of the region. Natural variability is large and dominant and is projected to remain so for the century to come.

As a result future waves will be somewhat lower as well