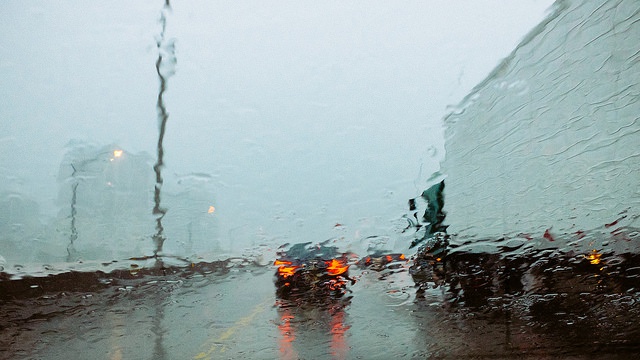 As the anthropogenic climate signal strengthens, opportunities arise to test climate model predictions made decades ago. The first time scientists projected a future increase in the frequency of heavy rainfall events using a climate model was in 1989. Now, almost 30 years later, these projections can be tested against observations. Indeed, intensification of heavy precipitation is now emerging in the observed record across many regions of the world. The current increase of heavy precipitation frequency and intensity confirms both theory and model predictions made decades ago.

The number of days with very heavy precipitation over Europe has increased on average by about 45% in observations in the period 1981-2013 compared to 1951-1980. The more intense the heavy rainfall event, the higher the relative increase in frequency. The findings imply that what was a 1-in-1000 day heavy rainfall in 1951-1980 occurred about 45% more often in the 1981-2013 period.

The first models were right about an increase of heavy rainfall events. More work needs to be done, though, to further improve these models: the rate of change in daily heavy precipitation is going faster than models predict.