Wildfire risk is increasing, how to adapt? 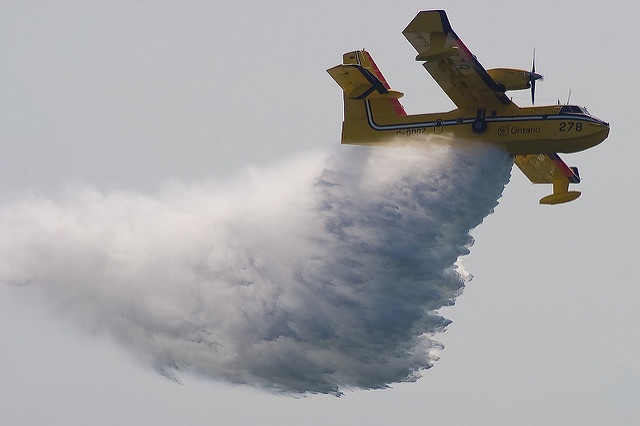 This longread is based on a large number of scientific sources assembled by the ClimateChangePost. Check out the forest fire pages on www.climatechangepost.com for more details.

This longread is the last of three articles on wildfire risk under climate change in Europe. The first one focused on southern Europe, the second on the north. This article summarizes the latest findings in the scientific literature on measures and strategies to fight wildfires and limit the increasing wildfire risk.

What fires leave behind

The impacts wildfires leave behind can be enormous. Damage to forests, peat lands, wildlife, and complete ecosystems. Many casualties sometimes, and loss of houses and damaged infrastructure. Smog causing health problems, even higher mortality rates.

Wildfires may leave a mark on landscapes and ecosystems for decades to come. It may take a long time for certain tree species to reestablish. In fact, some tree species may not even come back: if the size of forests that are completely destroyed is too large, other species may take over and different ecosystems may develop. In the aftermath of wildfires, soils may erode on a large scale and invasive species may spread more easily, fueling more frequent and more intense forest fires.

These impacts refer to both forests and moorlands (peat). Moorland fires could lead to the replacement of heather moorland by grass, with serious implications for soil erosion. An even greater problem is when fires get down into the peat causing large areas of erosion that are very difficult to re-vegetate.

Especially the hot summers of 2003 and 2010 showed what large, even uncontrolled wildfires can do to large parts of Europe.

Portugal is probably the country that has been hit most by devastating wildfires in Europe over the last decades, with the summer of 2003 as a sad high point. This summer was by far the worst wildfire season that Portugal has faced in the last three decades. In October 2003, the financial impact estimated by Portugal exceeded 1 billion euros. 21 people lost their lives in Portugal and the northwestern provinces of Spain as a direct result of the fires. Besides damage to forests, houses, and infrastructure, there were high costs of fighting these fires. In France, for instance, these costs increased from EUR 83 million in a normal year to EUR 179 million in 2003.

The Russian population will not forget the summer of 2010 easily. Many people lost their lives, 65 according to official statistics, a lot more according to other sources. In Moscow alone the daily mortality rate jumped from 360 - 380 people in July 2009 to 700 in July 2010. Around 14,000 deaths resulted from the summer heat, with half of them in and around Moscow alone. The numbers in provincial Russia may be higher than in Moscow because Moscow, unlike many small towns and villages, was spared of the direct effect of the fires. Besides, damage to the affected population’s health did not end when the fires abated; for many smoke inhalation and excessive heat will have a long-term health effect.

That summer, drought, high temperatures, and fires destroyed one-third of Russia’s 2010 grain crop. The fires, drought, and heat affected over 13.3 million hectares cropland in 41 Russian provinces. Estimates of total economic losses due to the forest fires vary from $15 billion to $300 billion. The latter number also includes the loss of timber. The fires probably destroyed wildlife habitat on a massive scale and altered the makeup of Central Russia’s forests for future generations. Trees that survived may fall to pests and fungi. Besides, fluorine-containing fire retardants widely used to combat the fires may damage the environment for several years, with consequences that are yet incalculable.

How to manage wildfire risk

Basically, there are two ways to manage wildfire risk: reduce the chance of fires starting, and limit the consequences if they do break out. Several measures can be taken with respect to these two sides of fire risk.

Current wildfire risk calls for more than well-equipped fire fighting units, let alone the increased risk in the course of this century. Investments are needed in remote (plane, satellite) operational monitoring of forests and early warning. Forests and peat lands should be made more resilient to fires so the impact of fires is less in case they do break out. Programs should be developed and implemented to stimulate people to follow the rules of fire prevention safety while visiting forests.

Investments in fire prevention and extinction pay off

Major funding has been put into increasing the capacity to combat wildfires in Europe. For example, Italy has Europe’s largest fleet of aircraft and helicopters, and has on several occasions loaned out its planes to France and Spain. The high level of preparedness requires significant resources, but has shown good results: the year 2000 saw 6,600 fires destroy 58,000 hectares of forest, while almost the same number of fires in 2006 only destroyed 16,000 hectares.

An increasing effort in fire management, considering both fire prevention and fire extinction, is presumably one of the main causes for the observed reduction in the number of fires in Eastern Catalonia (northeastern Spain) during the period 1970 - 2010. For instance, after the big fires in the 1980s, fire management strategies were improved, including: the generation of daily maps of fire risk, combining weather forecasts and vegetation maps obtained by satellite and aerial photography; the presence of fire-guards in areas of risk of fire; the use of specific aerial means (e.g. Canadairs); the increasing awareness of the population and its coordination with fire-fighters.

Fighting fires is especially difficult in the mountains. A rapid intervention is required because the fires readily endanger human activities and infrastructure, and may induce other natural hazards, such as debris flows, erosion and avalanches. A relatively large amount of resources for fire fighting and prevention is needed, therefore.

But we’re not there yet

An increased effort in future fire-management policies is needed, however. Prevention (e.g. increasing efforts to avoid ignitions during those days with adverse weather conditions; reducing fuel load and continuity with prescribed burning and with fuel-breaks) and suppression strategies (in particular investing in the early stage of extinction) should be combined.

A review of Russia’s response to the 2010 fires reveals two important findings. First, fire fighting and other emergency forces were not capable of effectively preventing and containing the fires. Second, ordinary Russian citizens acting in ad hoc fire fighting units proved to be a formidable force in combating the fires. According to this review, the Public Commission on Investigation of Causes and Consequences of the Wildfires in Russia in 2010 concluded that, even though it would have been impossible to avoid a sharp increase in the number of wildfires during such a long and severe drought in 2010, it was the government policy that led to the fire catastrophe of 2010. Poor policy decisions aided by the severe weather created a “perfect firestorm”. The review concludes that if the 2010 fires are a sign of things to come, the Russian government needs to be prepared for a significant investment into numerous adaptation measures that go beyond typical fire safety and prevention.

Clearly, sufficient and well-equipped fire fighters are needed to effectively respond to fires. Investments in fire fighting capacity may proof effective most of the year, but this capacity may still be overwhelmed during a period of hot and dry days, as studies have shown. Fires move fast through dry forests and peat lands when there is enough fuel available, as dry grass, low growth, or dead wood. One way to make the existing fire fighting capacity more effective is to reduce the available fuel. Controlled burning can do this. A study has shown that under a high-end scenario of climate change total annual burnt area in Europe may increase about 200% by 2090, compared with 2000 - 2008, when no adaptation measures are taken. Prescribed burnings may keep the increase in total annual burnt area in Europe below 50%.

Fortunately, there are other ways to reduce the fuel. Thinning and pruning of trees may significantly reduce the risk of developing active and passive crown fires, giving the opportunity for successful countering of a possible fire from ground and air forces, since the fire line intensity of the front is significantly reduced, as a result of the fire’s confinement to the surface. Pruning includes the cutting, removal or fragmentation and dispersion of the lower parts of the tree crown, especially the dead ones. After pruning treatments, due to the removal of the lower sections of a dried crown, the maximum distance of the lower parts of the crown from the ground that may convey the fire into the entire foliage has increased.

In addition, the progressive change in tree species from conifers to broadleaves further reduces the risk of a forest fire spreading. Peat lands can be made less vulnerable to a fast spreading of fire by adequately regulating their water regimes and thereby reducing drying out during droughts.

Battling the accumulation of burning fuel should be a top priority to reduce fire spread, especially if rural depopulation further continues in northern mountains of the Mediterranean.

It’s not just up to the fire fighters, citizens must act too

People living in fire-prone landscapes and landowners have a responsibility too. They must not rely on fire fighters but be prepared themselves, for instance by following rules to limit the chance of a fire starting. Some places may be so hazardous that building should be prevented, discouraged, or removed.

Many wildfires are started by people. It pays off to make people aware that being in a forest during a drought means one has to be extra careful not to start a fire. In Italy, for instance, total burnt area decreased from 190,640 ha in 1985 to 76,427 in 2001, partly as a result of a strong awareness-raising campaign. An important trend in adaptation measures in recent years took place in technological development. The surveillance of forests by video- and infrared-techniques, as well as the increasing distribution of mobile phones facilitates detection of and warning about fires already in the early stage.

The north can learn from the south

Countries in northern Europe should draw benefit from experiences in southern Europe, and develop operational preparedness and capacity by planning, participating in and contributing resources to international co-operation to a greater extent.