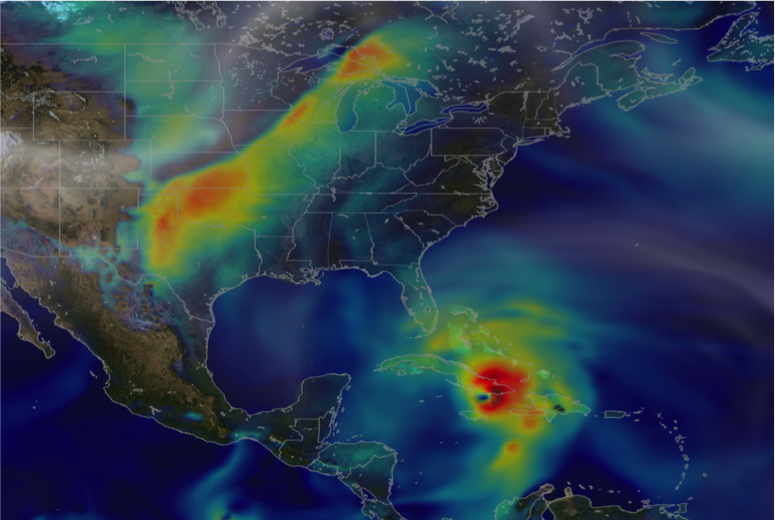 Since 2013 Cuban and Norwegian scientists successfully collaborate on research into extreme events under climate change in the Caribbean. Hurricanes that may become more devastating under climate change are a major concern for Cuba. The same holds for the impact of droughts and heat stress on agriculture and cattle breeding. Climate change is a major challenge for Cuba in the nation’s ambition to improve its food security. Today, Cuba imports 70-80% of its food, according to estimates of the World Food Programme.

How did this collaboration come about? ‘It all started when Cuban and Norwegian rescue-teams joined forces in Haiti after the devastating earthquake in 2010’, Juan-Carlos Antuna-Marrero of the Cuban Meteorological Institute INSMET, clarifies. ‘This was the trigger for politicians on both sides to join forces in climate research’, he adds. In fact, the collaboration with Norway opened doors for Cuba to the international scientific community as well. The first scientific outcomes illustrate its success, such as a publication in the International Journal of Climatology co-published by Cuban, Norwegian and American scientists on warming trends in sea surface temperature in the Caribbean. This knowledge is important for all countries involved in this research. Warmer seawater favours the origin of strong hurricanes that threat Cuba and the United States and may end up as storms at the Norwegian coast bringing lots of precipitation there. Juan-Carlos: ‘This joint research helps Norwegian scientist to learn more about tropical meteorology. In return, Cuban climate scientists learn to create climate products that are relevant for robust preparedness to climate extremes and food security’.

Scientists from both countries aim to extend their collaboration. They submitted a new proposal to the Norwegian Ministry of Foreign Affairs with a focus on food security. One of the questions they want to answer is whether crop diversification could help reduce Cuba’s needs to import food. Cuban agriculture can be made more resilient with respect to climate extremes. Michel dos Santos Mesquita of the Bjerknes Centre for Climate Research sees opportunities to reach this. ‘By implementing adequate adaptation measures, farmers more quickly recover from hazards. We call this graceful failure as opposed to catastrophic failure. Catastrophic failure means that it takes years to recover from an extreme drought. Graceful failure means that the same drought also leads to harvest failure, but the nation recovers more quickly.’ Also with respect to Cuba’s livestock and pastures adaptation measures are needed in view of increased heat and water stress. And there are so many topics where Cuba can benefit from Norwegian knowledge and experience. Michel: ‘Examples are harvesting energy from waves, creating a more sustainable fishing industry, and introducing technology for desalination of seawater.'

No wonder both Juan-Carlos and Michel are for continuing their collaboration. ‘Our collaboration must go beyond a one-time-good-will action, and should be a continuous process of creating and implementing adaptation measures’, Juan-Carlos concludes.