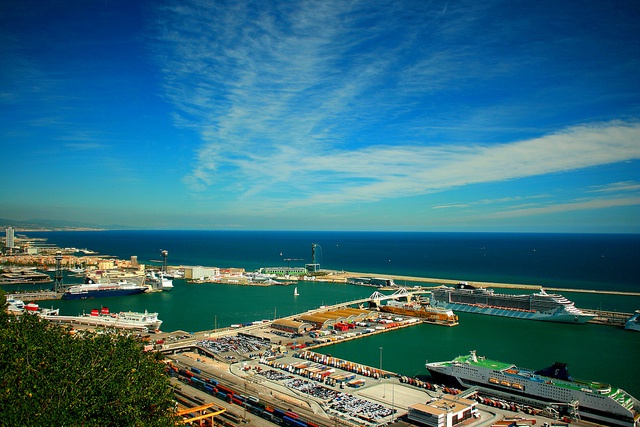 One of the greatest impacts of sea level rise on seaports is related to wave overtopping. Sea level rise reduces the port breakwater’s freeboard, easing the passing of waves over such structures, increasing overtopping discharges and potentially endangering assets (boats, goods, warehouses...) located at the breakwater lee side. The future exposure of ports to sea level rise, therefore, emphasizes the need of considering climate change into long-term port management and planning.

The impact of sea level rise on wave overtopping of port breakwaters has been assessed for the ports along the Catalan (Spanish) coast. The 700 km long Catalan coast is located in the northwestern Mediterranean. Tidal range is about 20 cm. Along the Catalan Coast there are 47 seaports, 2 of which are large commercial harbours (Barcelona and Tarragona), 3 are small commercial (with facilities for leisure and fishing boats), 2 are industrial, 18 are mixed (fishing and leisure) and 22 are marinas.

The current base level and three scenarios of sea level rise were studied: 0.47 m (medium climate change), 0.88 m (high-end climate change) and 1.80 m (extreme high-end). In these scenarios land subsidence was included. For each scenario three storm conditions were considered: storms with return periods of 1, 5 and 50 years, respectively.