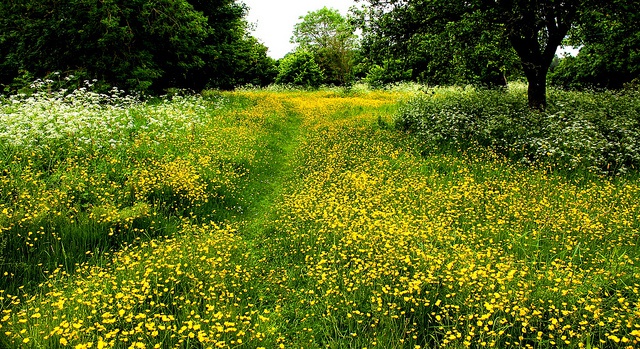 The earlier green-up of vegetation in Europe amplifies spring warming, especially the frequency and intensity of spring heat waves, according to a recent study. On the other hand, no effect of increased early-season transpiration and late-season dryness on summer heat waves was found, which is in contrast to previous studies.

The onset of green-up of plants has advanced in response to climate change. On the other hand, the presence of green land cover earlier in the season may also alter the seasonal climate through a number of effects, including changes in surface albedo and evaporation that affect soil moisture and surface energy. Thus, there may be a positive feedback of spring advancement of vegetation growth due to climate change on further amplifying global warming.

Evidence exists that an earlier green-up may enhance the likelihood of summer drought because soil water is depleted earlier in the growing season. For Europe, previous modeling and observation studies have suggested that an earlier onset of vegetation green-up and a prolonged period of increased evapotranspiration have enhanced recent summer heat waves by lowering soil moisture.

This effect could not be confirmed in a recent study, however: the canopy evapotranspiration is indeed increased in response to earlier green-up, but this is counteracted by a decrease of ground evaporation. There is therefore no propagation of a drier soil from spring to summer and consequently no impact on summer heat waves.

On the other hand, the same study did show the amplification of spring warming in Europe, and especially heat waves, due to the earlier onset of green-up of plants. This was related to a decrease in low- and middle-layer clouds and associated increases of downward short wave and net radiation. The earlier green-up has substantial impacts on daytime temperature, especially heat waves, but makes little difference on nighttime temperature because the reduction of low- and middle-level clouds and water vapor in the atmosphere enables a higher outgoing long wave flux at night which offsets any impact of higher daytime temperatures.