It seems to rain harder in the Czech Republic, but is it due to climate change? 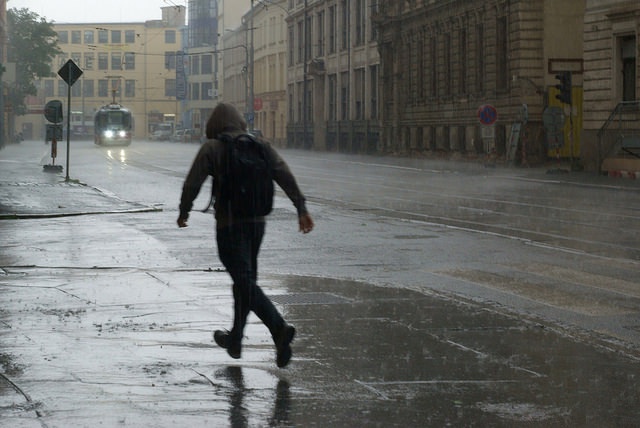 In recent decades, several large-scale floods with major socio-economic impacts have affected Central Europe, such as the floods in 1997 (the Odra basin), in 2002 (the Elbe basin) and in 2013 (the Elbe and Upper Danube basins. These events were due to heavy multi-day precipitation affecting large areas. However, severe flash floods resulting from extreme short-term (sub-daily) and more localized precipitation of convective origin have also repeatedly affected the area.

One of the projected impacts of climate change for Central Europe is an increase of rainfall intensity. An analysis has been carried for rainfall data in the Czech Republic over the period 1961 to 2011 to see whether these changes can already be identified. The contribution of heavy, short-term precipitation to the precipitation total significantly increased at about half of the 17 weather stations spread over the country. However, whether these changes are due to climate change is yet unclear. The observed changes are not exceptional on a longer time-scale, and may just as well point to climate variability on a time scale of decades.