Is this year’s warm start of the Alpine ski season a sign of things to come? 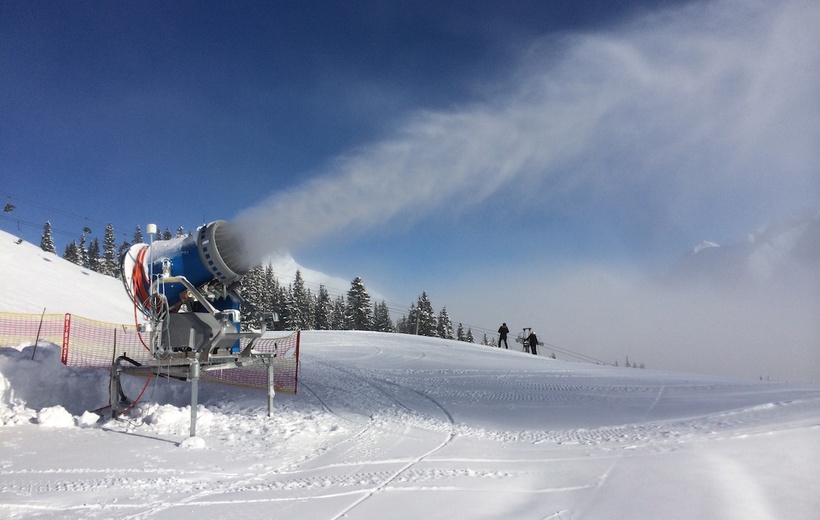 In the famous Austrian ski resort Lech this year’s ski season had a warm start. The first snow came in the end of November and only starting from January ski conditions were the way they should be and usually are at this lovely village high up in the Arlberg region. Could this warm start be a sign of things to come?

Winter sports tourism in the Alps

The impact of climate change on winter sports tourism in the Alps has been the subject of many scientific studies. No wonder: the Alps are among the most visited regions of Europe. About 60 - 80 million people visit the Alps each year as tourists. Tourism activities in the Alps generate close to EUR 50 billion in annual turnover and provide 10 - 12% of the jobs. France, Switzerland, Austria and Italy provide over 85% of Europe’s skiing area.

Most scientific studies indicate that the reliability of snow cover in many ski areas will be affected by climate change. At the moment there is reliable snow in the Alps at altitudes above about 1,200 metres. This critical boundary could increase to 1,500 m by 2030. Under present climate conditions, 609 out of the 666 Alpine ski areas in Austria, France, Germany, Italy, and Switzerland can be considered as naturally snow-reliable. The remaining 9% are already operating under marginal conditions.

Whether these projections are overstated remains to be seen. Recent model studies of climate change do indicate a future reduction of snowfall, especially at lower elevations in the Alps. According to statistics of snow depth in Lech, however, the annual total snowfall volume and the number of days with snow cover haven’t changed over the last 60 years. Similar results were reported for Switzerland: over the last 80 - 145 years no clear trends in changes in the Swiss Alpine snow pack have been observed.

Snow-reliable Lech among the 'lucky ones'

Even if climate model projections proof right, the impact of global warming on winter sports tourism will not be dramatic for all Alpine ski areas. There will be “winners” and “losers”. Clearly, low-lying ski areas are considerably more vulnerable than areas with high altitudinal range. Lech is among the lucky ones located at almost 1,500 m with ski areas up to 2,800 m. The resort may even benefit from climate change effects elsewhere in Austria: many of the Austrian ski areas have low base points and climate change may substantially reduce natural snow-reliability of many of these areas. A shifting of tourist flows within Austria is to be expected.

Ludwig Muxel has been the mayor of Lech for over 20 years. The people of Lech are well aware of climate change, he says: “Most people of Lech are concerned of the way climate change may affect the length of the ski season. They were worried about the warm start of this season. On the other hand, people are also aware of the benefits of being located at a high altitude.”

But even in a ski resort which economy strongly relies on the whims of nature, not every one worries about climate change. Michael Manhart is in charge of the ski lifts of Lech and all the operations that are needed for preparing the slopes. His experience has brought him even to the Olympics of Calgary in 1988 where he was responsible for covering the slopes with snow. At the age of 73 he has seen it all before: “We have had warm starts of the winter season all the time. In fact, there have been winters without snow 100 years ago.” He thinks the media don’t really cover the science about climate change but dramatize it too much. “The IPCC is dominated by journalists looking for an exciting story, the (nongovernmental) NIPCC is publishing more objective data”, he states.

Studies have shown that snowmaking technology can maintain snow-reliable conditions in Austria until the 2050s, but by the end of the century the required production in snow volume is projected to increase by up to 330%. According to Michael Manhart, less snow in the winter in the course of this century doesn’t have to be a problem for Lech. “We can expand our fresh water reservoirs and thus strongly increase the number of snowmaking facilities. Today it would take us 10 - 14 cold days to cover the entire ski area with our snow guns. By expanding our fresh water supply and buying more snowmakers we can do it in 3 – 4 nights. The technology is there; it can be done if you really want to”, he says. Lech will survive climate change if people are willing to invest, he concludes: “Ski resorts such as Lech can afford the necessary measures and they will take them because they depend on them. It’s the poorer ski areas that are in trouble. Besides, we don’t see any signs of climate change in our long-term winter statistics at Lech.”

Two sides to the picture

For a country such as Austria there are two sides to the picture. The year-round potential for tourism will probably increase. The tourism industry may take advantage of the longer and warmer spring and summer seasons and hence reduce its vulnerability to snow conditions in the winter. “Indeed”, Ludwig Muxel agrees, “this is precisely what we are doing in Lech. We are investing in facilities for the summer season: more attractive conditions for hiking in summer, or even a golf course. We also intend to host more conferences. We are turning Lech into a year-round attractive holiday destination.”

Adapting to climate change in the Alps takes place in a dynamic context, where taking measures to compensate for warmer winters goes hand in hand with exploiting the benefits of a longer and warmer summer season.

This article is based on the following references: