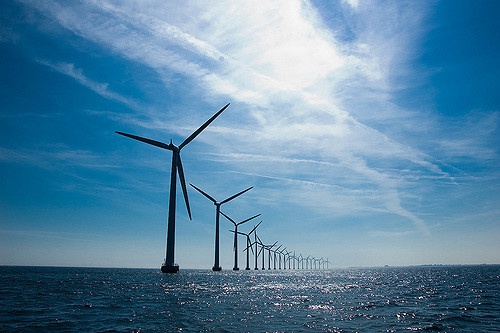 By 2020, the European Commission aims to produce 15.7% of the EU’s electricity from wind. A further increase of wind power capacity is expected for the upcoming decades. With respect to wind energy potential, it is more likely than not that this potential will increase over Northern and Central Europe on an annual basis. This is concluded from a study based on a large number of global climate models (GCMs). For Southern Europe, a likely decrease of mean annual wind energy potential is projected. There results agree with previous studies that indicate that future wind energy potential increases over Northern Europe, especially during winter, and decreases over Southern Europe.

For most of Europe (except for the Mediterranean area), wind energy potential is projected to increase for the winter and decrease for the summer. As a result, intra-annual variability of wind energy potential may strongly increase for most of Europe. In general, signals are stronger for 2061–2100 compared to 2021–2060 and for the scenario with strongest global warming (RCP8.5 compared to RCP4.5). A higher variability can potentially lead to a lower reliability of wind energy as an alternative energy source in future decades.

The study was based on 22 global climate models (GCMs), and the model results were downscaled to the regional scale by a statistical method. In this study future projections were computed for two time periods (2021–2060 and 2061–2100); these projections were compared with the reference period 1961–2000. Two scenarios of climate change were considered: a scenario in which fossil CO2 emissions are assumed to increase until 2040 and permanently decrease thereafter (the so-called RCP4.5 scenario), and a scenario in which the fossil CO2 emissions strongly rise until 2100 (the RCP8.5 scenario).