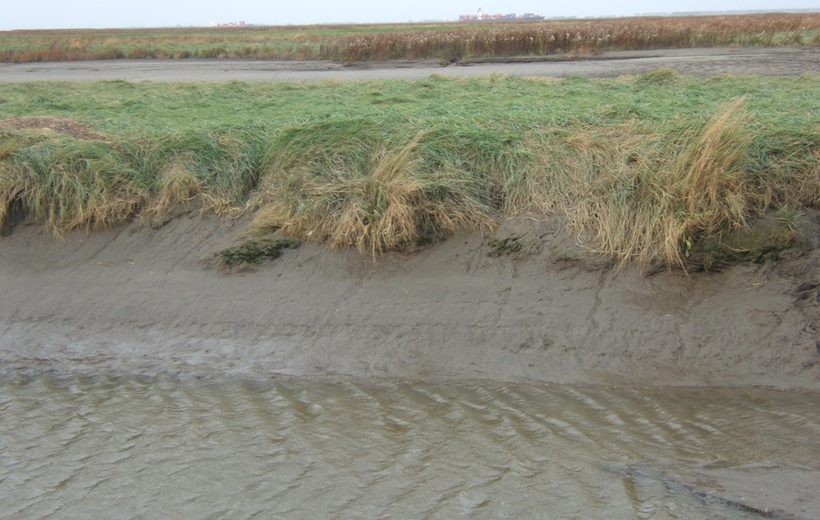 According to widespread perceptions, future sea level rise would result in large losses of salt marshes: regional and global assessments predict that sea level rise alone will lead to a 20–50% loss of marshland by the end of the current century. This may be highly overestimated. Many marshes will survive in place for the majority of emission and sea level scenarios considered by the IPCC, and the most rapid scenarios of sea level rise will not exceed thresholds for marsh survival for several decades, scientists argue in Nature Climate Change.

According to them sea level rise over the next decades is not an immediate, catastrophic threat to many marshes: marshes will survive in place under relatively fast rates of sea level rise (>10 mm per year) where sediment delivery to the coast is not restricted by dams. They state that previous studies underestimate marsh resilience by not fully accounting for feedbacks that lead to increasing accretion rates with sea level rise or the potential for marshes to migrate inland.

A crucial process that should be included in models of marsh response to sea level rise is the dynamic feedbacks between tidal inundation and increased vertical accretion of mineral and organic sediments. In general, increased tidal inundation promotes more frequent and longer episodes of mineral sediment settling on the marsh platform, enhanced vegetation growth and faster rates of organic matter accumulation than is generally assumed. In fact, models that simulate this dynamic feedback indicate that marshes generally survive relative sea level rates of up to 10–50 mm per year. The sea level rise salt marshes can handle largely depends on the suspended sediment concentration in the water that floods the marsh system, and on the local tidal range. Where suspended sediment concentrations are larger than 30 mg/l and tidal range exceeds 1 m, the models predict that marshes can adapt to fast relative sea level rise rates of several centimetres per year.

A primary mechanism for marsh survival is transgression into adjacent uplands. Marsh migration is already occurring in low-lying areas, where saline intrusion driven by sea level rise triggers forest dieback and causes agricultural losses. Transgression of marshes into adjacent uplands may allow marshes to survive, or even expand, in response to future sea level rise. This is not possible, however, where artificial structures border the marshes, which is the case for almost all marsh areas in northwest European estuaries; in these cases, erosion of marshes from the ocean side and hardened shorelines at the mainland side result in ‘coastal squeeze’, with salt marshes and coastal ecosystems confined to a shrinking area and prevented from migrating into adjacent uplands. An example area the salt marshes in the UK and the Netherlands: these contracted in size over the past decades because transgression limited by dykes could not compensate for sustained lateral retreat of up to several metres per year.