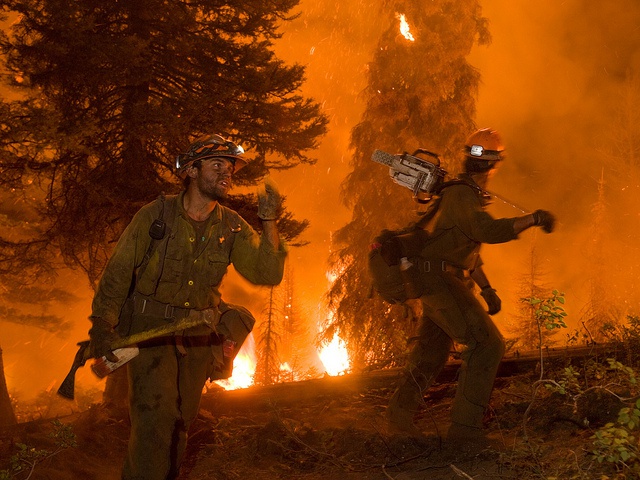 Estimates of potential increase in annual burned areas in Europe under a high-end scenario of climate change (the so-called A2-emissions scenario) show an increase of about 200% by 2090, compared with 2000 – 2008, when no adaptation measures are taken .

With respect to these estimates, the potential effectiveness of two adaptation options was assessed: (1) fire prevention through fuel reduction via prescribed burnings, and (2) active response through better fire suppression. The results of the assessment indicate that application of prescribed burnings may keep the increase in annual burned areas in Europe below 50%. Improvements in fire suppression might reduce this impact even further; e.g. boosting the probability of putting out a fire within a day by 10% country wide would result in about 30% decrease in annual burned area for that particular country.

Additional adaptation options, such as using agricultural fields as fire breaks and behavioural changes, can potentially reduce the size of burned areas in the future even further.

Photo: US Department of Agriculture (www.flickr.com)