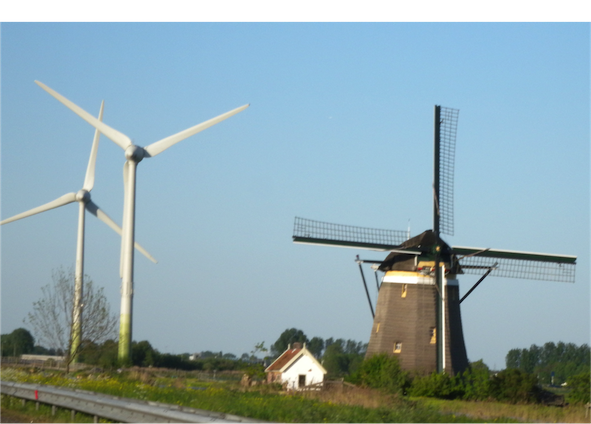 In response to last years’ Paris Agreement the Dutch government outlined its plan to reduce the country's CO2 emission to almost zero in 2050 in the Energy Agenda for the future. This agenda presents the outlines of the energy transition in the Netherlands towards 2050. According to the Minister of Economic Affairs these outlines are the foundation for future governments.

One of the steps is to cut down the use of natural gas. Currently most Dutch households use natural gas for heating and cooking. The Netherlands is a large producer and exporter of natural gas. Heating networks for residual heat from industry and waste combustion, and for geothermal heat will gradually replace the existing gas infrastructure. This transition should be completed in 2050. By then, all houses will be isolated as well.

By 2035 no more cars should be sold that run on fossil fuels. Public transport should switch over to green electricity (trains) and renewable energy or biofuel (buses). The infrastructure for cycling, already extremely popular in the Netherlands, will be improved.

The Netherlands has already started to build wind farms offshore. Additional wind farms will be built, also further offshore. The industry’s CO2 emission should be reduced by stimulating energy saving and using alternative energy sources such as deep geothermal heat. Any CO2 that is still produced in future decades should be stored in empty gas fields offshore. The production of energy by consumers will be stimulated.