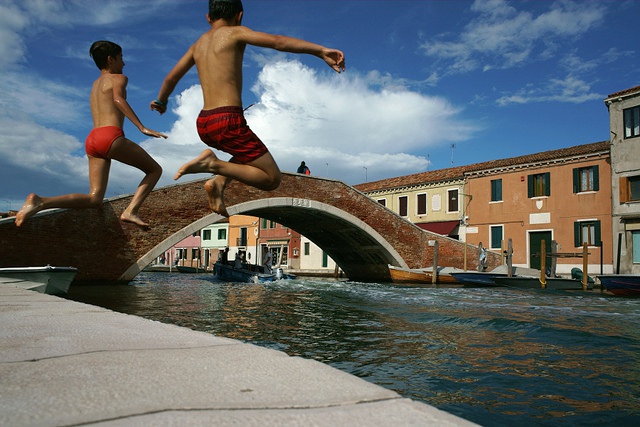 When a country is hit by flooding, large wildfires or an extreme heat wave, and climate experts are being interviewed whether this is due to climate change, the answer is often: ‘I don’t know. Climate change may have played a role, but these events can also happen without climate change.’ A correct answer, but probably a bit disappointing for the journalist and his audience. Luckily, a new approach to study extreme events has been developed: attribution analysis. This approach enables scientists to estimate to what extent anthropogenic climate change may have attributed to the (increasing) likelihood or intensity of an event.

Attribution analysis is a tool to communicate the impacts of the changing climate to the public. It also helps to inform decision makers how specific events were impacted by the changing climate and what this means for their future. To those dealing with droughts, for instance, attribution analysis shows what ingredients went into any particular drought, how it evolved, and whether it could have been predicted. This may improve early warning for drought and informs decision makers why long-term planning should account for climate change.

One of these extreme events is yearly average temperature in 2014. That year broke the record for the warmest year in Europe, in the observational record. 2014 was especially warm in central Europe and Scandinavia. How much did anthropogenic climate change alter the likelihood of this European record? This question was answered by studying historical data, and by making climate model calculations on probabilities of the event occurring in the actual world with climate change and in the world without human influence. From these results it was concluded ‘with high confidence’ that anthropogenic climate change has made Europe’s warm year of 2014 at least 500 times more likely.

This signal of human influence is so strong because the area for which historical records were broken is extremely large. When the same approach of attribution analysis is employed to a small part of Europe, the signal of a human influence on yearly average temperature is much smaller. This tells us that the yearly average temperatures of 2014 are not exceptionally high for just one country, for instance, and similar temperatures may have occurred without anthropogenic climate change. For Europe as a whole, however, the situation is completely different: the fact that these relatively high temperatures cover such a large area makes the situation of 2014 extreme and points at a significant effect of climate change.