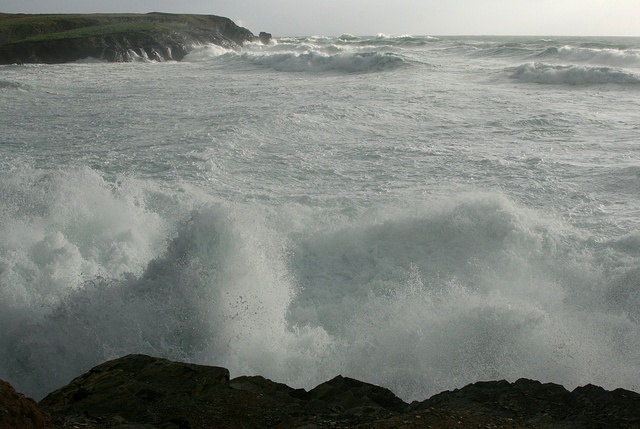 Extreme water levels along Europe’s coasts will increase, not just because of sea level rise but also because extreme storm surge levels will increase. Storm surges, waves and the tide are the main components of extreme water levels along the coastal zone. For future changes in coastal flood risk, changes in storm surges and waves should be considered along with the rising sea level. Storm surges are short-term increases of the water level due to the wind blowing the water to the coast or due to low atmospheric pressure causing the water level to rise. The size of storm surges depends on a number of factors including the size, track, speed and intensity of storms, near shore local water depth, and the shape of the coastline.

For the entire European coastline future trends in storm surge level changes between now and the end of this century have been estimated for an intermediate and high-end scenario of climate change.

However, projected storm surge changes strongly vary for different parts of Europe. There is a difference between the northern and southern half of Europe. Projected storm surge levels increase along the northern European coastline for both an intermediate and high-end scenario of climate change. Increase is highest along the eastern part of the North Sea coast, and along the west-facing coastline of the Irish Sea. Increase is also relatively high at the Baltic Sea and the Norwegian Sea. Along the southern European coastline, however, projected changes are small or absent. A moderate storm surge level increase is projected only towards the end of the century under a high-end scenario of climate change. Earlier this century, and for an intermediate scenario of climate change at the end of this century, projected storm surges hardly change or even decrease along the coastline of Southern Europe.