More woods in the Netherlands to tackle global warming 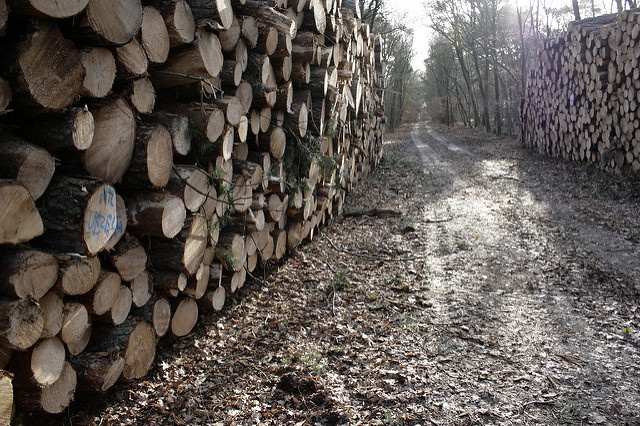 On 26 October 2016 a National Climate Summit was held in the Netherlands. Strategies were discussed to turn the agreement at the Climate Conference in Paris last year, to reduce greenhouse gas emissions such that global warming will not exceed 2 degrees, into action for the Dutch. One of the plans put forward by several organisations and companies is to afforest 100,000 acres of land in the Netherlands in the next 30 years. The purpose of this plan is clear: more trees will capture more CO2. The new forests can be used to grow timber.

100,000 acres of land may not seem that much, but it is quite a challenge for that small country at the North Sea. Current forest area in the Netherlands is ‘only’ 350.000 acres, covering 11% of the country. Finding enough space to make this ambition come true in a densely populated country that not only houses 17 million people but one of the world’s leading agricultural industries as well, is a huge ambition indeed. First response is as expected: nature organizations are enthusiastic, the agricultural sector is sceptical. The latter argues that it doesn’t make sense to turn fertile agricultural soil into forests, both from an economic point of view and the understanding that agricultural products capture CO2 as well.

Critical remarks are in order. The impact of this plan on global warming counts for little compared with the major stress it puts on future land use in the Netherlands. Besides, there are other ways to tackle greenhouse gas emissions through land use management. Large parts of agricultural land in the western and northern parts of the Netherlands are peatlands, and thus store large amounts of carbon. Most of these peatlands are drained for agriculture, however. The lowering of the water table causes the peat to degrade (oxidize) and turns these peatlands into hotspots of greenhouse gas emissions. These emissions are significant: they contribute 2-3% to the total current national greenhouse gas emissions, comparable to the emission that can be captured by an additional 100,000 acres of trees. These emissions can be reduced by raising the water table, an adjustment of water management that should go hand in hand with an adjustment of agriculture. Clearly, this calls for innovative measures to continue agriculture in these peatlands. But innovation is at the base of the Dutch agricultural sector.

That’s the word I’ve been looking for: innovation. Innovative solutions are needed to tackle global warming, that’s what experts say. And the Netherlands is a highly developed, innovative country. But what’s innovative about planting more trees? It’s more than that, those in favour of this plan say: by growing wood for the timber industry you generate a high turnover of trees and capture more carbon. What if the Dutch don’t start using more wood? They will import less, I guess, and the higher turnover in the Netherlands will be counterbalanced by a lower turnover elsewhere. How does this affect global warming? The answer, I think, is indeed in innovation. A clear example was presented in the Netherlands as well: a high-rise apartment building is being constructed in Amsterdam made almost entirely of wood, 73 metres high. According to experts current knowledge on wooden constructions allows for tall buildings being made that are both as strong and fireproof as concrete buildings. Now that would be an innovative approach: start using wood on a much larger scale in our buildings of the future, thus significantly increase the demand for timber, and grow the right trees to meet this demand on 100,000 extra acres. Imagine the amount of carbon being captured on one m2 in future living quarters with high-rise apartment buildings made of wood! In addition, less steel, aluminium and concrete is needed, which further reduces CO2 release.

More woods in the Netherlands may be an effective way forward, but not in isolation. A wider perspective is called for that includes afforestation linked to both more sustainable land use with less CO2 release and more wood being used in our buildings with more CO2 being captured.