Cyprus’ tourism industry will change, but will it suffer from climate change? 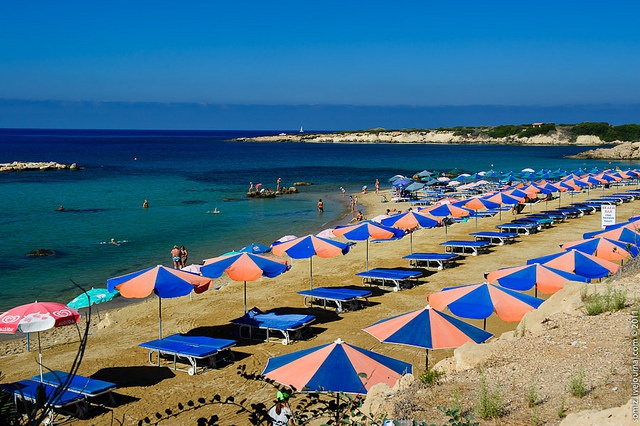 The impact of climate change on tourism is generally expressed in terms of a Tourism Climate Index. This index typically consists of elements describing daytime thermal comfort and daily thermal comfort (including the effect of relative humidity), precipitation, hours of sunshine, and wind speed. This index was estimated for Cyprus for the period 2071 - 2100 using regional climate model output based on an intermediate scenario of climate change. The results were compared with index estimates for the 1961 - 1990 period.

From these projections it was concluded that the considerable warming of about 4°C projected during summer (when the majority of tourists visit Cyprus) will have a negative impact on the tourism industry of Cyprus in the distant future (2071 - 2100, compared with 1961 - 1990). The adverse effect of climate change will be most pronounced during summer, followed by a smaller effect during fall, while in winter the effect of climate change will be positive and in spring there will be no significant change.

This index, however, may be inadequate for tourism industry in Cyprus. It strongly emphasizes the higher temperatures that negatively affect general sightseeing activities. Most of the tourists visiting Cyprus go to the beach, however. Thus, an index focused on beach tourism may be more appropriate to describe potential climate impacts on tourism. Indeed, a Beach Tourism Index based on the same climate projections indicates that the tourism industry of Cyprus will not be negatively affected by future climate change and any changes will be positive.

There is a snag, however. Experts may judge that Cyprus stays a good beach destination in the future, but beaches in the north of Europe will become better destinations as well. In the future, tourists may no longer move to the south of Europe for their summer holidays. Cyprus, along with other countries in the Mediterranean region, will have to become more competitive with other destinations, such as the North Sea and Baltic regions, and the northern Atlantic coast of Spain.

The Cyprus Tourism Organization already has undertaken several initiatives toward lengthening the tourist season and diversifying its tourist product, with an ultimate aim to establish Cyprus as an ‘‘all year round’’ tourist destination. In particular, less climate-dependent tourist products are identified and promoted, such as conferences, sports, golf, health, culture, weddings, and honeymoon trips.