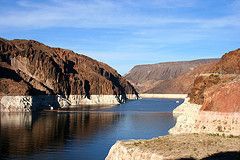 The impact of urbanization on the extent of urban areas exposed to flood and drought hazards has been assessed on a global scale, without factoring in the potential impacts from climate change. The results of this assessment are summarized below.

In 2000, over 10% of total urban land was located within the low-elevation coastal zones (LECZ, defined as ‘‘the contiguous area along the coast that is less than 10 m above sea level’’) that covers only 2% of the world’s land area. Most of the urban land in the LECZ was primarily located in the developed countries in Northern America and Western Europe along with China. By 2030, however, most of the urban land within the LECZ will be found in the developing countries. From 2000 to 2030, globally the amount of urban land within the low-elevation coastal zones is projected to increase by 230%; for Western and Eastern Europe this increase is projected to be 100% and 7%, respectively, resulting in 13% and 2% of the urban area being located in LECZ in 2030, respectively.

A broad shift is projected in the urban exposure from the developed world to the developing world from 2000 to 2030. The emerging coastal metropolitan regions in Africa and Asia will be larger than those in the developed countries and will have larger areas exposed to flooding. By 2030, India, Southern Asia, and South-eastern Asia are expected to have almost three-quarters of the urban land under high-frequency flood risk.

The urban extent in dry lands will also increase strongly. Across all regions and all dry-lands, most urban expansion is expected to occur in semi-arid regions of China. The most urban expansion in hyper-arid regions is expected in Northern Africa. For Western Europe the (projected) percent urban extent in dry-lands are 5% (2000) and 6% (2030), and for Eastern Europe 11% in both years.

Urban areas exposed to both floods and droughts