Rural tourism in the Nordic Region under climate change 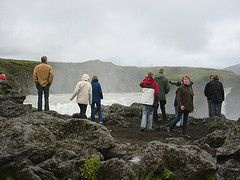 Potential conditions for outdoor, non-winter rural tourism activity have been assessed for the Nordic region (Denmark, Finland, Greenland, Iceland, Norway and Sweden). This has been done for three future time periods compared with the reference period 1961–1990: 2010–2039 (the 2020s), 2040–2069 (the 2050s), 2070–2099 (the 2080s). The assessment is based on one Global Circulation Model and two climate change scenarios that span a plausible range of speeds and intensities of climate change (medium scenario B1A and high-end scenario A1F).

By the 2020s, the main beneficiary of the warming climate appears to be Finland, where the number of good months is projected to rise by one month across most of the country. By the 2050s, the length of good conditions across Denmark, southern Sweden, the Swedish coastline, and southern Finland is projected to visibly increase, up to four or five months of good conditions possible according to the high-end A1F scenario. The same trend prevails into the 2080s. According to this assessment, good conditions fail to materialise for any extended period across Greenland, Iceland or Norway.