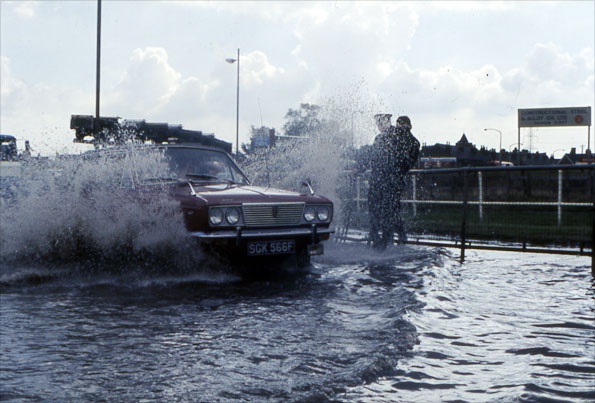 Climate change may affect urban flooding in several ways: through impacts from rivers and coastal sources, and through surcharged drainage systems. All of these are challenges in the United Kingdom. Obviously, damage due to river and coastal flooding is large. But damage due to urban flooding from drainage systems is also significant: it is estimated to cost £270 million a year in England and Wales with some 80,000 homes at risk of flooding. In addition, increase in the extreme rainfall events will lead to excessive increase in the number of spills from combined sewer overflows, which is likely to introduce hazardous substances into receiving waters. Thus, the design of urban drainage facilities to control flooding needs to take into account the impacts of climate change.

The impacts of climate change on urban drainage infrastructure have been assessed for a catchment in northwest of England. This was done for two climate change scenarios: a high-end global warming scenario and a scenario of reduced CO2 emission (the so-called IPCC SRES A1FI and B1 scenarios, respectively). The projections were made for 2070–2099, based on three global circulation models.

These results do not give a definite answer of what the future consequences of climate change for urban flooding at the end of this century will be. Changes in rainfall patterns may increase the spilling volume from manholes and surcharge in sewers, which would cause a significant number of properties to be affected by flooding. For the scenario with reduced CO2 emissions compared with current emissions, however, a drop in the number of surcharged sewers is predicted, and consequently the number of properties at risk of flooding will decrease as a result of this.