Precipitation patterns and trends in The Netherlands during 1951–2009 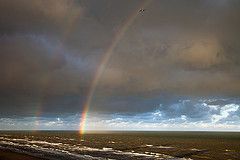 During 1951–2009, apart from the spring months, the coastal area of the Netherlands has consistently become wetter compared with the inland area. An analysis of daily precipitation data for the period 1951–2009 showed that, overall, both mean and extreme precipitations have increased on seasonal and annual scales over the last 59 years and especially in the last 30 years for the entire country, changes being largest along the West coast. Sea surface temperature was shown to have a larger influence on precipitation in The Netherlands than other factors such as elevation and urbanization.