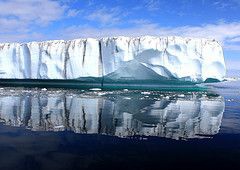 According to worldwide temperature datasets, global warming seemed to have slowed down since 1998, and this disagrees with climate model projections. Standard data sets of worldwide surface temperatures may underestimate recent global warming, however. The much-publicized slowdown in warming may be less slow as it seems. A recent analysis (by Cowtan and Way, see reference below) indicates that the planet has warmed most where scientists are watching least. A new method (kriging) was used to fill in missing temperatures over sea ice. The results show a slowdown in warming that’s half as big as previously thought: temperatures in recent years go up, and temperatures around 1998 go down.