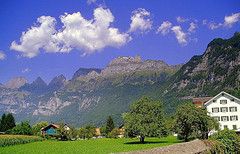 Future development of some key climate indices over Switzerland have been evaluated for the end of the century (2070-2099) with respect to the reference period 1980–2009, based on previously published data on projected temperature and precipitation change (under the emission scenarios A1B, A2, and RCP3PD). For the end of the century model results indicate: