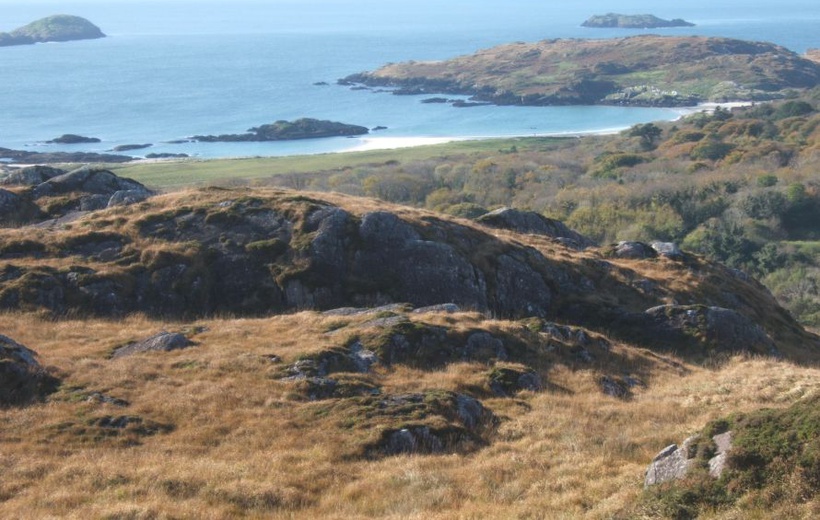 Globally, blanket bogs are rare, accounting for ~3% of the total peatland area, and their distribution is restricted to temperate maritime regions typified by cool summers, mild winters and year-round rainfall. In Europe, Atlantic blanket bogs are common only in Scotland and Ireland, and constitute a significant global component of this ecosystem. Ireland has 50% of the remaining blanket bogs of conservation importance within the Atlantic Biogeographic Region of Europe. Between 13.8 and 17% of Irish land area is peatland. Only ~28% of blanket bogs in the Republic of Ireland remain in a relatively intact condition due to peat extraction, drainage and forest plantation.

Blanket peat tends to form under the warmest and wettest conditions, where precipitation is around 3 times greater than potential evaporation and there are no sustained dry periods.

According to climate change projections based on one global climate model (GCM) and the A1B emissions scenario, annual temperature in Ireland will rise by 1.3 to 1.8°C, and precipitation will decrease by 5 to 10% in summer and increase by 5 to 10% in autumn and winter by 2021−2050 relative to 1961−1990. These changes will affect the distribution of active blanket bog in Ireland, most notably in lower-lying areas in the south and west of the country. The area that is suitable for active blanket bog development will reduce. This could have major implications for the lowland blanket bog distribution along the western Atlantic seaboard where the projected losses are greatest.

The degradation of the blanket bog distribution may also result in peatlands becoming a source of carbon through the release of CO2 and CH4.