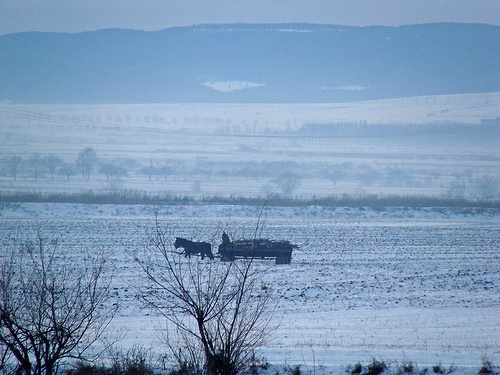 The winter season in Romania has changed substantially during 1961–2010. A statistical analysis was carried out of trends in daily snow depth, precipitation and temperature, using daily data from 105 meteorological stations in Romania for 49 winters (1961–2010). The results show that the number of snowfall days decreased at 82% of these stations, suggesting a major change of the winter season; snowfalls are getting shorter and more intense. This is due to an increase in the number of days with temperature above 0°C at 63% of the locations, and a slight decrease in winter precipitation. 29% of the stations show decreasing trends in the number of days with snow coverage; at 18% of the stations the mean snow depth also shows decreasing trends. The snow pack at elevations above 500 mean average sea level is rather stable throughout the winter season.