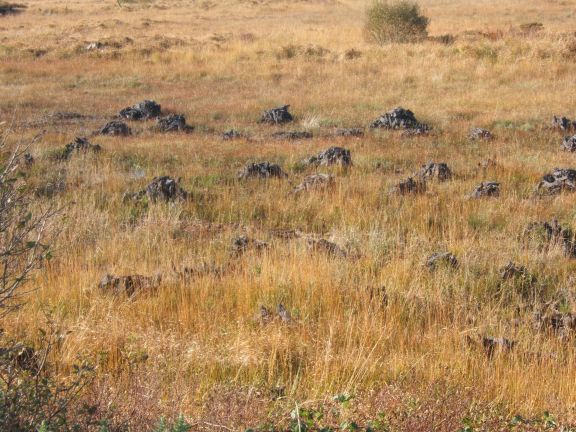 Peatlands cover 3–4% of the earth surface. Their extent is tending to decrease worldwide: 6% over the period 1993–2007, according to estimates. They are important potential sources of CO2; this may be released due to organic matter mineralization when the oxygen concentration in peat increases due to water drawdown. Decreasing groundwater levels can also cause land subsidence, due to the reorganization of the peat structure.

The impact of groundwater exploitation and climate change was assessed on the extension of peatlands in the Cotentin marshes (Normandy, Northwest France). The hydrology of the peat layer and extent of this peat area are impacted by drainage for agriculture, groundwater abstractions in underlying aquifers and climate change.

Climate change scenarios were downscaled from 14 GCMs corresponding to the A1B greenhouse gas (GHG) scenario over the periods 1961–2000 and 2081–2100. Results show that climate change is expected to have an important impact and may reduce the surface of wetlands by 5.3–13.6% between these two time periods. In comparison, the impact of groundwater abstraction (100% increase in the expected scenarios) would lead to a maximum decrease of 3.7%. Results also show that the impacts of climate change and groundwater abstraction could be partially mitigated by decreasing or stopping land drainage in specific parts of the area.