Climate change at the Croatian Adriatic 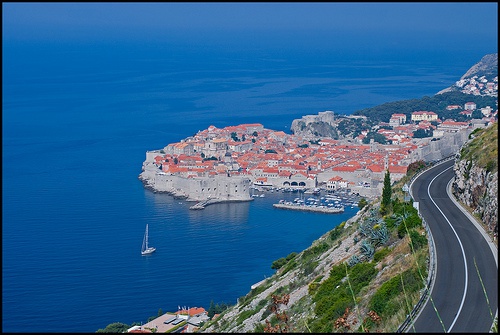 In the period 1951–2010, a statistically significant increase in the mean annual temperature of 0.07–0.22°C per decade is present along the Croatian coastal zone. This increase is further amplified within recent shorter periods. For example, in the period (1981–2010), it ranges from 0.28 to 0.71°C per decade. Five to seven out of ten warmest years since the middle of the twentieth century were recorded in the most recent decade 2001–2010. Temperature trends are positive in all seasons. In the first decade of the twenty-first century, they are statistically significant at the 0.05 level for summer (0.19°C/10 years to 0.38°C/10 years) and spring (0.12°C/10 years to 0.29°C/10 years), but positive trends for winter and autumn are comparably weak.

Along the Croatian coastal zone interannual variability of annual precipitation during the period 1951–2010 is large and there are practically no significant trends in either annual or seasonal precipitation amounts for the different parts of the country.

The mean annual trend of projected future warming for the period 2011–2100 is between 0.3 and 0.5°C per decade. The results show a statistically significant warming in the eastern Adriatic region in all three 30-year periods of the twenty-first century. The largest temperature increase is projected for the summer and early autumn, gradually rising from +2°C in the near future to +5.5°C towards the end of the twenty-first century, respectively.