When will the summer Arctic be nearly sea ice free? 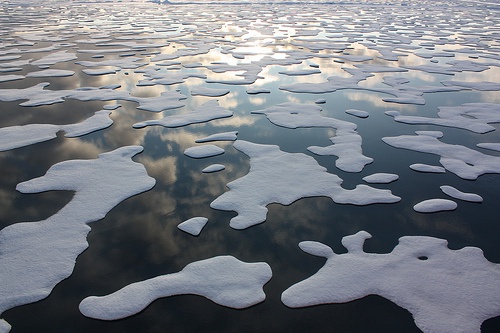 It is reasonable to conclude that Arctic sea ice loss is very likely to occur in the first rather than the second half of the 21st century, with a possibility of loss within a decade or two.

September 2012 showed a reduction in sea ice extent of 49% relative to the 1979–2000 baseline. Further, the extent of thick multiyear sea ice has been reduced by the same percentage in 2012. It is difficult to reconcile this current loss rate with climate model projection dates of summer sea-ice loss of 2070 (IPCC, 2007); most global climate model results are too conservative in their sea ice projections.

Results have been compared of three recent approaches to predict summer sea- ice loss in the Arctic in the scientific literature: (1) extrapolation of sea ice volume data, (2) assuming several more rapid loss events such as 2007 and 2012, and (3) climate model projections. Time horizons for a nearly sea ice-free summer for these three approaches are roughly 2020 or earlier, 2030 ± 10 years, and 2040 or later. At present, it is not possible to completely choose one approach over another as all approaches have strengths and weaknesses.