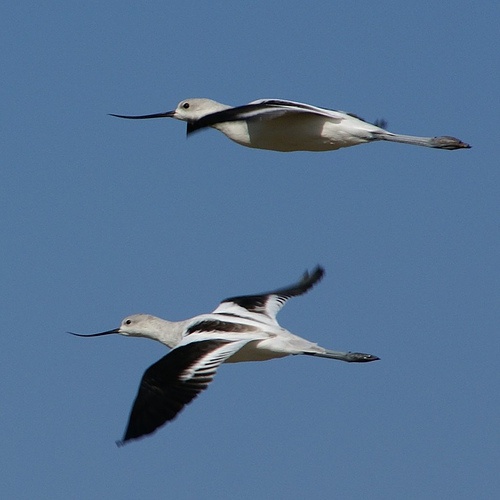 For all 431 bird species breeding regularly in Europe, future range sizes have been predicted to be 80% of current range sizes, with an average overlap of 39%. Future ranges were predicted to increase for 23.3% of the species, to decrease for 73.3%, and to stay the same for 1.1% of the species. The remaining 2.3% of the species were projected to become extirpated or almost so. According to these results, coastal, wetland and upland birds will be significantly worse off under CEM scenarios than birds associated with woodland, farmland and heathland, while urban birds and those using multiple habitats are doing best.

CEM as a tool for predicting biotic change is necessarily a simplification, however. There are numerous other, often biotic, factors that influence actual range. Food sources and nest-site availability, as well as competitors, predators and parasites, are likely important factors determining range, but these may be only loosely associated with climate. CEMs also assume that species and the niches will not adapt and that species can move freely to regions with favorable climatic conditions, whereas, in reality, dispersal power might restrict movements.