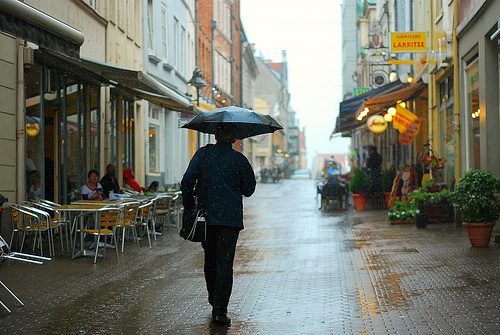 For Southern Germany, a region which is structured by several lower mountain ranges and river valleys including the upper parts of the Rhine and Danube, changes in mean and extreme precipitation were studied over the next decades (2011–2040) compared to the climate of the recent past (1971–2000). This was done through high-resolution regional climate simulations based on emission scenarios A1B and B1.

The results show that in winter, the study area becomes moister (in the order of 5–10%) like most of Northern Europe. The changes of extreme precipitation in winter are of the same magnitude. In summer, there is a slight decrease of precipitation in Central Europe for the near future, but this tendency towards dryer conditions is likely to become stronger towards the end of the 21st century. Most simulations suggest a trend towards more precipitation extremes in the summer in the near future for Central Europe in the sense of larger inter-annual variations, such as droughts and flood-prone years.