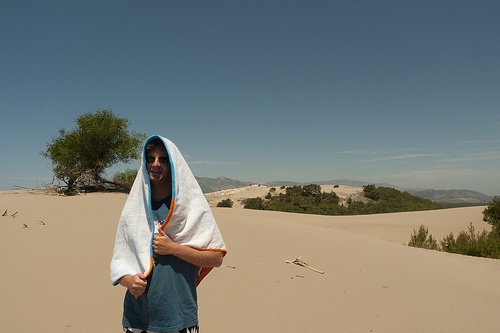 Regional climate model results for the eastern Mediterranean and Middle East (EMME) suggest that across the Balkan Peninsula and Turkey climate change is particularly rapid, and especially summer temperatures are expected to increase strongly. Very hot summers that used to be rare in the recent past are projected to become common by the middle and the end of the century. The results indicate that summer temperatures increase more rapidly than in winter.

The results indicate with 95 % confidence that maximum day time temperature will rise by the end of the century between 3.5 ± 0.4°C in southern Iran and 7 ± 1.3°C in the northern Balkan region, compared with 1961–1990. From Italy, the Balkans, Turkey, Georgia up to southern Russia, maximum day time temperature increases very steeply up to 4–5°C by mid-century and 5–7°C by the end of the century. This increase is more strong than the increase of mean night time minimum temperature.

According to the model results based on the IPCC SRES scenarios A1B, A2 and B2, the number of heat wave days, here defined as days with maximum temperatures exceeding the local 90th percentile of the reference period (1961–1990), typically increases by a factor of 4–10 by the middle and 7–15 by the end of the century, with the strongest increases in the Middle East

A1B scenario results suggest that by the end of the century, the frequency of very hot days (maximum day time temperature >35°C) may increase up to 1–2 weeks per year in mountainous parts of the northern EMME and by about a month in much of the rest of the region. The frequency of ‘‘tropical’’ nights (mean night time minimum temperature > 25°C) also increases strongly, by nearly a month per year in the Balkans and coastal areas, and more than two months in the Gulf region, exacerbating the daytime heat stress. By the end of the century in most cities, the coolest summers may be warmer than the hottest ones today.

Model results indicate an overall regional rainfall reduction throughout the domain of 10–25 % by 2040–2069, up to about 30 % by 2070–2099, mostly in the eastern Mediterranean, Greece, southern Turkey, the coastal Levant and North Africa, as projected by previous studies (Evans 2009, 2010; Gao and Giorgi 2008; Kitoh et al. 2008; Önol and Semazzi 2009). As a result, and also due to population growth rates, the per capita available internal water resources may decline strongly, for example by 50 % or more by mid-century in Cyprus (Chenoweth et al. 2011).

Increasing photochemical air pollution, associated with peak ozone levels and high concentrations of particulates by desert dust and anthropogenic aerosols, is expected to considerably reduce air quality during heat wave conditions. Considering the multiple environmental stresses in metropolitan areas, including confounding factors such as the urban heat island effect and growing air pollution, the cities in this region will become true hot spots of climate change.