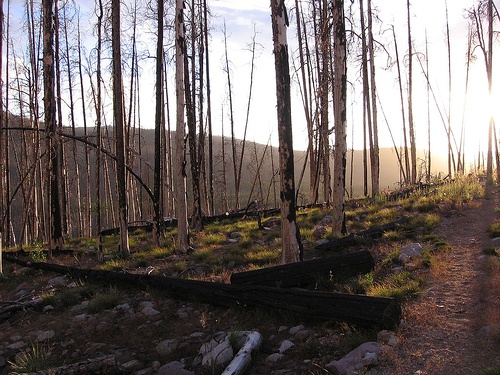 Currently fuel-humidity limited regions in NE Spain could suffer a drastic shift of fire regime with an up to 8 fold increase of annual burned area in 2100, due to a combination of fuel accumulation and severe fire weather, which would result in a period of unusually large fires. The impact of climate change on fire regime is predicted to be less pronounced in drier areas, with a gradual increase of burned area.

Fire regime model calculations show that a combination of classical fire prevention, i.e. fire suppression and ignition reduction, and land use management (the creation of agricultural fields in marginal areas) is the most promising strategy to mitigate the effects of climate change on fire regime. With this approach, burned area could be reduced without the increment of fire size that the classical scenarios predict, as the agricultural fields scattered in the flammable area break the fuel continuity. Nevertheless, no realistic management strategy was able to totally offset the effect of climate change.

For regions with short fire return intervals, fire suppression leads to fuel build up, which can lead to uncontrollable fires under extreme meteorological conditions. Fuel fragmentation by agricultural fields is an important factor hindering fire spread, as agricultural fields can act as fire breaks, but without the need of specific maintenance; the creation of new fields in marginal areas can increase fuel fragmentation and greatly reduce the burned area.