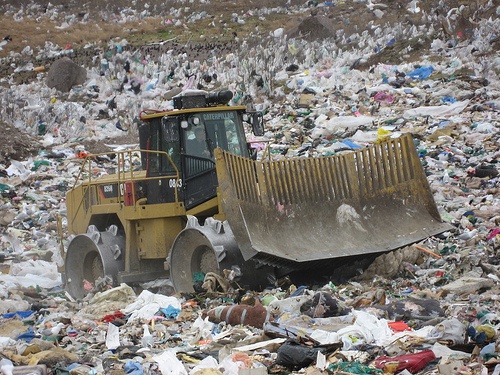 Maintenance and decomposition for landfill life cycles are assessed for 200–500 years depending on waste composition, climatic conditions and applied assessment methodologies. Consequently, even sites with flood protection levels up to a 100-year flood, for example provided by dykes, are highly likely to be inundated before hazardous materials are decomposed. It has to be assumed that inundated landfills become water-saturated, which leads to a substantial mobilisation of pollutants, as the presence of water enhances decomposition and transport processes. In addition, water saturation of landfills may lead to mechanical stability losses. As landfill sites are predominately located in lowland areas close to residential areas, a permanent risk potential for humans (adverse health effects) and the environment has to be expected resulting from flooded landfills.

The results demonstrated that the load of pollutants from flooded landfills can potentially increase by up to six orders of magnitude, depending on the substance and the underlying assumption of the scenarios. Therefore, the flow of substances from flooded landfills to the environment is significantly high with a corresponding risk. Despite the high dilution potential during a flood event, discharges to rivers are highly likely to exceed the Austrian Water Quality Standards. Inherent uncertainties associated with considered processes and data sources are considerably high, however.

In many cases landfills endangered by flooding might be inundated but not eroded during a flood event. The subsequent water saturation of a landfill body can have significant impact on post-flooding landfill metabolism and might be of interest from the perspective of landfill aftercare.