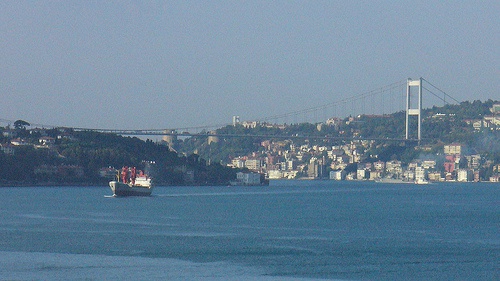 Projected warming over Turkey’s climatic regions in 2100 under SRES A2 emission scenario is in the range of 2–5°C. Summer warming over western regions of Turkey is 3°C higher than the winter warming. These regions are prominent on tourism and industrial sectors in Turkey; the projected increase in summer temperature may cause serious economic and social implications.

Projected changes in precipitation in 2100 indicate that precipitation in all seasons and in almost all regions decreases except for the autumn season. All the major precipitation changes for the climatic regions of Turkey are found statistically significant. The range of projected decrease is 10–35 %.

The nature of precipitation is an important hydrological factor, especially over the eastern Anatolia, since the headwaters of cross-boundary river systems of Turkey are located within the region. From April through June, snowmelt contributes around half of the annual runoff. One of the most significant potential impacts of climate variability and change may be alterations in the regional hydrological cycle and subsequent changes in river discharge. Change of precipitation regime within this basin will have significant consequences in the rivers systems of Euphrates and Tigris, which concern not only Turkey but also Syria and Iraq. Sustainability of fresh water resources in the future could be the main driving force for conflicts among these countries.