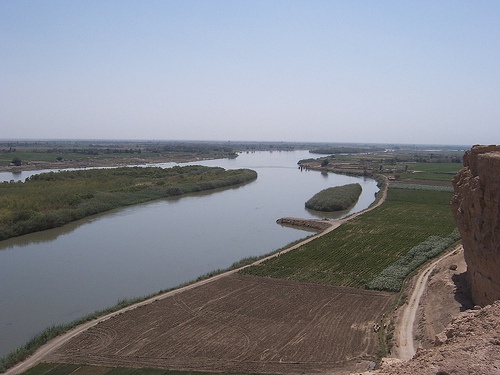 The Euphrates–Tigris Basin hosts the two important snow-fed rivers of the Middle East, and its water resources are critical for the hydroelectric power generation, irrigation and domestic use in the basin countries, namely Turkey, Syria, Iraq and Iran. Approximately 90% of the Euphrates flow and 46% of the Tigris flow originate in Turkey. Based on different model and scenario simulations, projections were made of future changes in temperature, precipitation, snow cover and river discharge in the Euphrates–Tigris basin countries. From these projections the following was concluded:

There are still plans and investments to construct more dams on the Euphrates and Tigris rivers. On one hand, decreased water availability and reduced hydropower potential in the future make it questionable to build more dams on these rivers for power generation. On the other hand, the temporal change in the peak flows may make it necessary to build more dams to compensate the diminishing reservoir attribute of the snow cover to be able to save water for the spring and summer when dry conditions prevail in the basin. Construction of more dams in the basin, however, causes, in addition to environmental problems, irreversible damages to the rich historical and cultural heritage of the region.