Climate change impacts on coastal environments in the Bay of Biscay 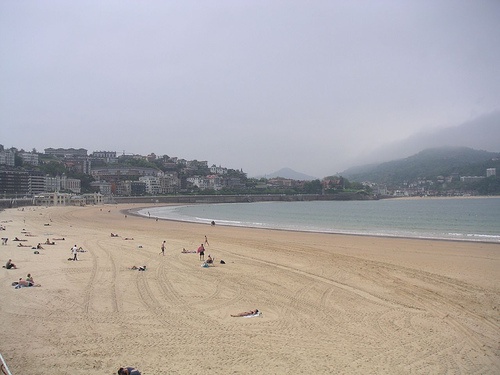 Along the Basque coast, a study of the impacts of 49 cm sea level rise on the Gipuzkoa estuaries revealed that 6.5% of the surface area of wetlands and salt marshes may be affected. Average accretion rate of the Basque marshes should be high enough to be able to adjust to the projected rate of sea level rise.

Wetlands and marshes in the Basque estuaries are squeezed between the fixed landward boundary and sea level rise (the so-called ‘coastal squeeze’) and by croplands and pastures that lie within the original upper intertidal zone. In the area, these croplands are protected by walls and drained to be used for agriculture purposes, since they lie below the present maximum astronomic high tide level. Hence, these human activities are vulnerable to the sea level rise expected by 2100, especially when extreme events, such as high tides and river floods, occur simultaneously. Likewise, if agriculture activity continues to decline, as throughout the 20th century, these areas may be abandoned and may be susceptible to recolonisation by marsh communities. On the basis of these latter socio-economic and climate change scenarios, salt marshes and wetlands might increase, as predicted for other areas.