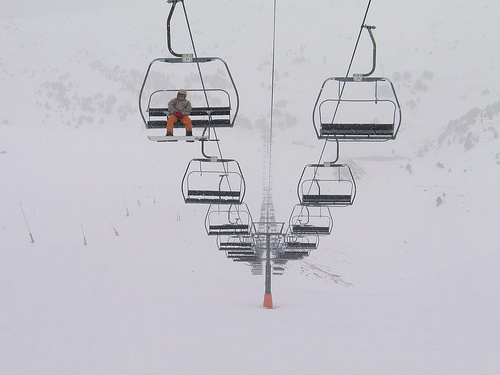 A future reduction in ski season length and a drop in the number of skiers have been projected for Andorra, especially at the lowest elevation ski resorts. Andorra ski resorts may turn into a vulnerable area under climate change despite their high location (most of the ski area is >2000 m). Under a 2°C scenario only the lowest elevation ski resorts would be affected; artificial snow making would slightly compensate for the reduction of snow cover due to climate change. Under a 4°C warming scenario, however, also higher ski resorts would be affected, although the higher parts of ski resorts would remain reliable for almost the whole season; snow making would not alleviate snow cover reductions due to the temperatures being too high.

Snowmaking cannot completely solve the problem of ensuring snow cover at low elevation ski resorts, and should only be considered as a suitable short-term strategy, rather than a sustainable long-term adaptation strategy. Even if the climatic conditions are favourable to produce snow efficiently, snowmaking can turn into an uneconomic adaptation strategy for some ski operators (security of water supplies, infrastructure and energy costs) and an unacceptable state of affairs for the ecosystem services in some regions.