Impacts of climatic change on water in the Swiss Alps 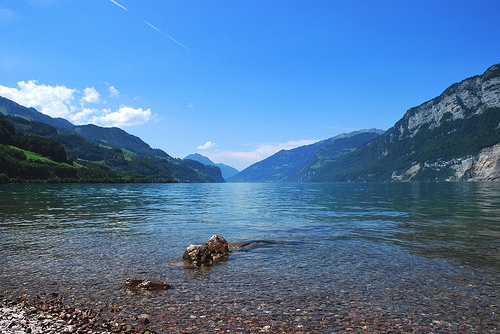 By 2100, Rhône runoff, for instance, is projected to change in seasonality and amount compared to the current climate such that there is a first peak of discharge that takes place 2–3 months earlier in the year, and according to the level of warming, a second peak of discharge takes place during the summer. This summer peak would occur if the number and volume of remaining glaciers were to be sufficient to contribute to such levels of discharge. Future maximum flows are reduced compared to the reference period because of the smaller contributions of a dwindling winter snow-pack. The reduction of summer discharge compared to 1961–1990 ranges from 50% to 75%.

Because of the large inter-annual variability of runoff, as a result of the sharply curtailed glacier mass in the mountains and possibly long and dry summers, the volume of summertime glacier melt waters may no longer be sufficient to feed water into river catchments at a time of the year when precipitation amounts are low and the snow-pack has already melted earlier in the year. Consequently, in some years, the Rhone may dry up partially or completely towards the end of the summer and into the early fall.