Impact of climate change on the water resources of Turkey 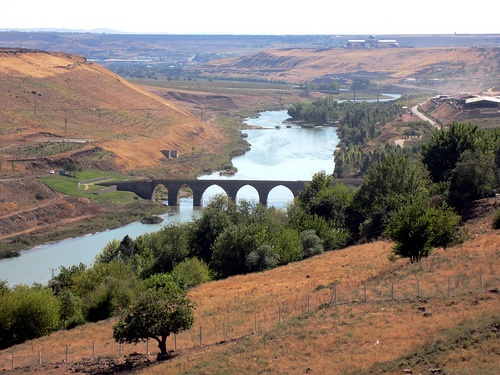 Turkey has a large rural population, with 43% of its economically active population, nearly 15 million people, working in agriculture. Its precipitation and water resources were projected to suffer a modest decline of 11% by midcentury and 12% by the end of the century. While water resources as a whole for the country remain relatively plentiful, Turkey is still facing having its per capita water resources decrease by nearly one third by midcentury. Turkey’s agricultural sector will therefore be forced to become more water efficient and will, despite this increased efficiency, probably still decline as a source of employment. In spite of this decline, Turkey is likely to remain a major net agricultural exporter as its large land area, large rural population, and relatively large water resources will allow it to export virtual water to its water-scarce regional environment.