Flood exposure in the Netherlands during the 20th and 21st century 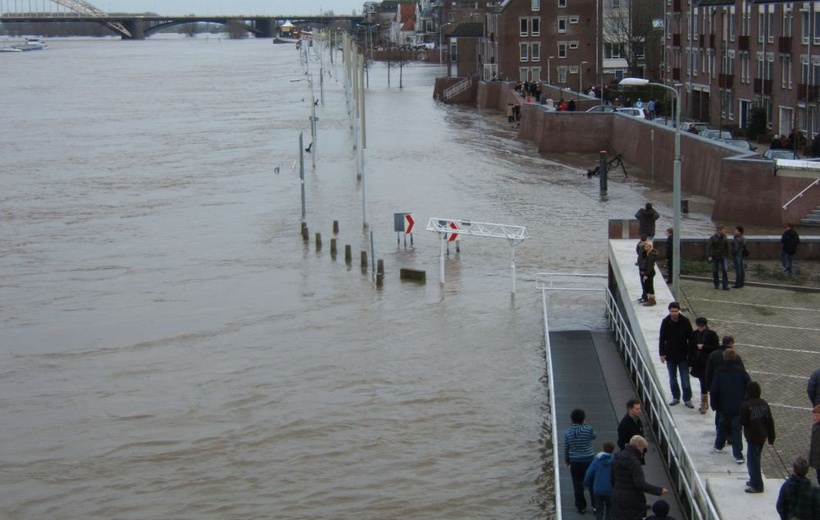 During the 20th century the amount of urban area in the flood-prone part of the Dutch delta has increased about six-fold. This increase in urban area in the flood-prone zone has led to an exponential increase in potential flood damage during the 20th century: 16 times the damage of 1900 by 2000. However, GDP increased more than potential flood damage, and the capacity to deal with catastrophic flood losses has actually almost doubled in 2000 with respect to 1900.

Future projections of socio-economic changes show a further increase of urban area in the flood-prone zone in 2100 by +30% (scenario low economic growth) to 125% (scenario high economic growth) with respect to 2000. These projections only refer to socio-economic changes: the impact of flood protection works and changing hydraulic conditions (due to e.g. climate change) are not included.

These projections indicate that potential damages will continue to increase during the 21st century, two- to three-fold and tenfold by 2100, for the scenarios of low and high economic growth respectively. The capacity to cope with these increased flood damages, due to changes in GDP, probably will not change much.