Extreme hot and dry summers in the Eastern Mediterranean 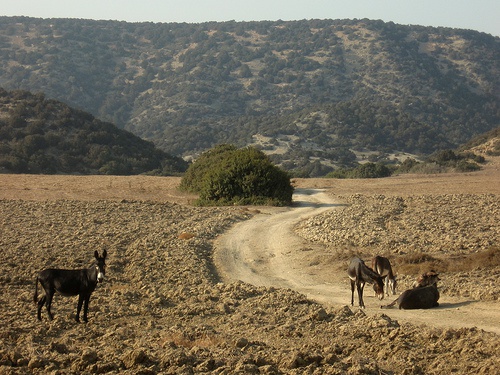 For the Eastern Mediterranean and the Middle East a continual, gradual and relatively strong warming is projected of about 1-3°C in the near-future (2010–2039), to 3–5°C in the mid-century period (2040–2069) and 3.5–7°C by the end of the century (2070–2099). Daytime maximum temperatures appear to increase most rapidly in the northern part of the region, i.e. the Balkan Peninsula and Turkey.

The coolest summers at the end-of-century may be warmer than the hottest ones in the recent past. As an example, the hottest summer on record in Athens in 2007 would be among the 5% coolest ones by the end of the century. The relatively strong upward trend in the northern parts of the Eastern Mediterranean and the Middle East indicates a continuation of the increasing intensity and duration of heat waves observed in this region since 1960.

In the Balkans, Turkey, Cyprus, Lebanon and Israel, the number of rainy days may decrease, e.g. by 5–15 days at mid-century and by 10–20 days per year at the end-of-century (7). This appears to be a continuation of a trend observed in Greece since about 1960.