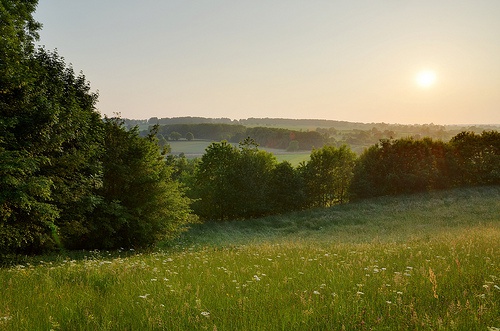 Changes in air temperature and precipitation have been projected for the near (2021 to 2050) and far future (2069 to 2098) with 6 Regional Climate Models, based on the SRES A1B emission scenario. The results have been compared with the reference period 1961 to 1990 and interpreted in terms of the impact on the vegetation period.

The results also show that risk for late frost induced damage of vegetation in Luxembourg will increase in the near and the far future as compared to 1961 - 1990. An earlier onset of the vegetation period and the associated earlier flowering dates in the future leads to an increased exposure of plants to damages due to late frost events.